I remember three things, snapshots really, from the event that would shape the rest of my life in the early morning hours of frosty February day in 1983.

The first was opening my eyes to blackness. At first I thought I was blind. After a few moments, I realized I was looking up at the vinyl back seat of my volkswagon squareback. I must have said something because I heard my good friend Bill’s voice say: “It’ll be okay, an ambulance is coming.”

The second snapshot wasn’t a snapshot at all. I don’t remember seeing the inside of the ambulance, or the question which must have been “How bad is it?” All I remember is the paramedic–I assumed it was a paramedic because it wasn’t Bill’s voice–say, “You’re lucky to be alive.”

I remember the visual of the third snapshot. I was on a gurney rolling down a hallway in a hospital. I began to shake and cry uncontrollably. Or so I thought. A nurse said, “We’ve got a crier here.” Anger snapped me out of crying. But that’s it.  I don’t remember anything else from that day.

Friends and family filled in the rest. The surgeon spent four of the six hours in surgery trying to close up the gaping hole that was the left side of my face. The doctors had to pick out individual shards of glass and asphalt with tweezers, and then figure out how they were going to graft enough skin from somewhere else on my body to sew me up. Every nerve was exposed, but, for the grace of God, none were severed. We still don’t know how I kept my left eye because half of my eyebrow was stripped off and gravel was burrowed deep around the socket. The first few days after the surgery were agony, not so much in pain–medications kept that at bay–as extreme, turbulent discomfort.

The entire episode from the car crash to surgery must have taken hours, but I remember snippets of minutes. My body and brain were shutting down, a natural, defensive state of shock triggered by an extreme loss of blood and physical trauma.

Flash forward 20 years. I am running a loop in a 200-acre wooded wildlife preserve. Just past my turnaround–a mile and three quarters from home–a numbing pain shoots up from my foot as I feel the turn of my ankle on an unseen rock. I hobble out of the woods after crossing two streams using a branch as a makeshift crutch. My dog, on a leash, was no help.

Someone asks me if I heard a “pop”. I say “no,” so we conclude that I sprained my ankle. I Bu Profen and ice packs control the swelling and reduce the pain. Three weeks later, my ankle still hurts, but I’m on a ski trip with my friend Karl in Telluride, Colorado. A “skiers ski area,” I am on the black diamonds. While skiing Giant Steps, a double-black diamond, pain from my ankle keeps me from descending more than a couple dozen feet at a time through the moguls. I am embarrassed. I am a better skier than this. But I listen to the barking ankle, and  I bail on the next run, letting Karl ski the black diamond as our last run of the day while I suck up the pain and take the easier blue trails down to the base.

When I return home, I finally visit the orthopedic doctor. A skier, he examines my ankle and asks if I heard a “pop” when I injured the ankle. Again, I say “no.” He orders the x-ray anyway.

When he returns, he gives me the news: I had broken my ankle on the run in the woods. I look at him in disbelief. “Is it a hairline fracture?”

He slaps the x-ray up on a monitor and points to the bones of my foot. “No, it was a clean break.”

He’s right, of course. Even I can see the thick straight line that represents the break in my ankle.

I was lucky. The bone broke but snapped back into near perfect alignment. That’s why I was able to walk out of the woods. It started to heal, but skiing put too much pressure on the break. My ski boots were stiff and tight, acting as a cast to hold the bones in place, but if I had been snowboarding the ankle would have re-broken and the damage far more severe than the first time.

The point to the car accident story is that my body, doing what it does naturally, shut out much of the trauma I was experiencing. I have monstrous gaps in memory on the day of the accident even though I must have been conscious a fair amount of the time.

The point of the broken ankle story is I did not hear a snap. I should have heard a snap. The break was complete and clean. But I didn’t.

In other words, your body and mind does many things to protect you when you experience trauma. Sometimes, it blots out entire memories.

Perhaps it’s these experiences, and my reflection on them, that gave me the courage to step way outside my comfort zone and write my new book Unsafe On Any Campus? College Sexual Assault and What We Can Do About It. I understood trauma in a personal way, so when rape survivors began sharing their stories their memories didn’t have to be complete for me to put the pieces together and recognize the truth of their experience. 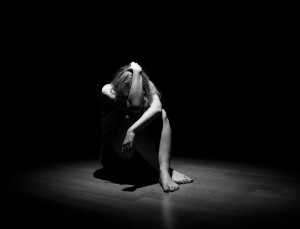 One of the most damaging and significant criticisms leveled at men and women who claim they have been assaulted or raped is that their memories are incomplete, and dots between events don’t connect well. Incomplete or uncertain knowledge is one of the primary reasons why rape cases don’t go to court unless significant physical evidence can support the victim’s story. Unless the victim can present an ironclad chronicle of events, the case falls apart, particularly when they are faced with an (untraumatized) accuser who can present a complete, consistent case. It shouldn’t be surprising that only about 10 percent of rape cases end in a conviction on the rape charge.

Total recall of a traumatic event is an unreasonable expectation for human beings. The difference between my traumas and those of a rape survivor lie in the physical evidence, not the truth of the trauma. I still literally carry the scars of my car accident–they become bright red when my body is very hot or cold. I can show people the x-ray of my broken ankle.

What does a rape survivor show? How do you see the scars of a shattered soul? (Hint: Don’t judge and listen to their story.)